when to change your glow plugs

There is no officialy recommended service interval for BMW glow plug replacement. They differ from petrol engine spark plugs in that they either work or they don’t and a failure can be very sudden, unlike spark plugs which deteriorate over time until they eventually fail. For this reason, glow plugs are replaced only when they fail, not as a maintenance item.

Glow plugs are crucial components for the smooth running and cold start-up of your BMW diesel engine and when they fail, you will experience long engine cranks and difficult start-ups along with misfires when engine is running cold.

We advise that you replace the glow plugs only if you are experiencing issues with cold start up or cold engine running. 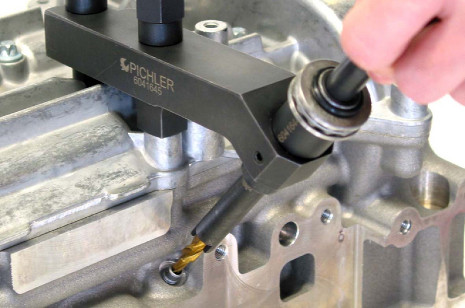 If your glow plugs have not been replaced for many many years, their threads could be seized due to corrosion and carbonisation. We can service your existing glow plugs to keep this problem in check by;

If your glow plugs are badly seized and happen to snap during removal, we can have them removed by a special method using precision engineering tools.

Glow plugs are highly prone to snapping when seized which is largely due to their weak external construction compared to spark plugs found on petrol engines.

We offer two options to our clients;


There is no difference between the two in terms of quality or performance, because they are produced by the same manufacturer to the same standards and quality. The only real difference is the higher price tag that comes with genuine BMW parts.